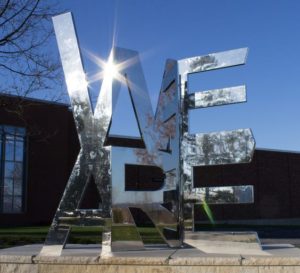 The first meeting to create the Myrtle Beach chapter of Penn State Alumni was held on November 18, 2010 with the PSU Alumni Association Regional Director (Cheryl Stringer.)  Harry Wynn, Phil Cox, Alicia Smith, Garrett Miller, Kelly Shulkitas, Bob Bastian, Jean Bastian and Tom Turan were in attendance and became the first board in January 2011, with Harry assuming the first presidency. As the Chapter took hold, the membership grew to nearly 50 members by 2012.  Phil Cox had taken over the presidency and the Chapter expanded its philanthropic activities, helping local children’s charities like Backpack Buddies and Jason’s House.  In 2014, Jim Prisco took over as head of the group and the growth continued.  Phil Cox, who was present at the start moved aside, but remained on the Board of Directors as a trusted advisor. By 2016 the chapter had attracted 196 members, established an annual fund raising goal that now included Toys for Tots, THON, and Tara Hall. The Chapter has risen up the ranks of Penn State Alumni Groups of Distinction reaching the Laurel Level.  It now stands among the upper tier of Alumni groups in the state and nation.